During Chinese New Year, the Chinese use a  lot of red and gold colors.  Why?

Red symbolizes good fortune and joy in Chinese culture and it is found everywhere during the Chinese New Year and other family holidays or gatherings.  Customarily, on Chinese New Year, the elders give the younger ones a red envelope to welcome in the new year and give a blessing to the younger ones.  The red envelope is also a symbol of prosperity.  Red is also the color in Chinese weddings, representing good luck, joy and happiness, thus, red should not be worn on funerals.

Yellow/Gold  is considered the most beautiful color. The Chinese saying, Yellow generates Yin and Yang, implies that yellow is the center of everything. Yellow symbolizes neutrality and good luck and is sometimes paired with red in place of gold.  Yellow was the color of Imperial China and is held as the symbolic color of the five legendary emperors of ancient China.  It  also represents freedom from worldly cares and is thus esteemed in Buddhism as seen where Monks’ garments are yellow, as are elements of Buddhist temples. 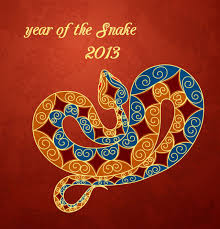 Bringing Balance and Harmony Into Your Life